Biography: Connecticut artist Ray Dirgo is mainly known for his work on Charlton comics with Hanna-Barbera characters during the 1970's. He drew many stories such as 'The Flintstones', 'Yogi Bear', 'The Jetsons', 'Top Cat' and 'Huckleberry Hound'.

Dirgo was primarily self-educated in the arts. After high school, he was a sign painter and worked in advertising for a department store. Then he landed an advertising job at General Electric as a staff artist.

He was married to Mildred Drew Dirgo, and had a son, Raymond R. Dirgo Jr, an instructor at the Famous Artist School.

Additional biographical information can be found in Cartoonist PROfiles #36, #40, 1977-78. 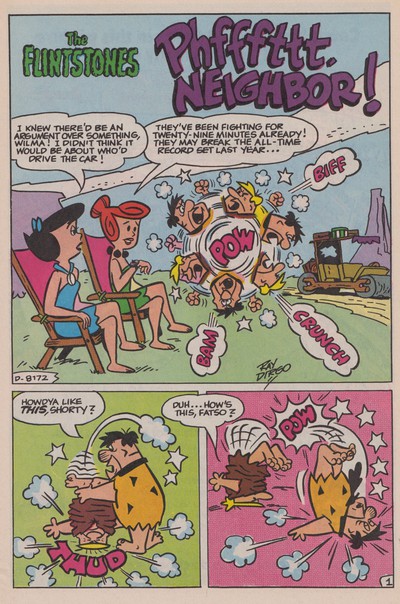