Biography: Primarily known for his gag cartoon work in numerous publications and cartoon magazines, Johnson, using the pen name Slim, also did some comic book work. He did script, pencil, and ink gags for DC's Plop, from 1974 to 1975, and for George A. Pflaum's Treasure Chest in 1966.
Johnson's reputed earliest work was "Make-Believe Mickey" for Exciting Comics (Pines, 1940 Series) v6#2 (17) (March 1942), which is signed as Slim, but it is unlikely to be him as Johnson did not begin his career until the 1960s and would have been too young to do work in 1942.
Johnson was only 39 years old when he died. 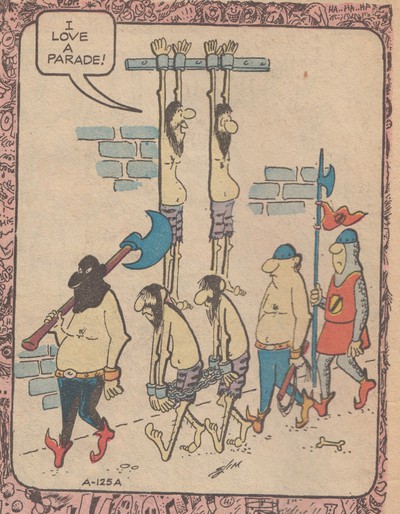