Pen name of Solly B. is used mostly by Sol Brodsky but sometimes by Stan Goldberg when did pencils for Willie the Model (and inked by Sol Brodsky). 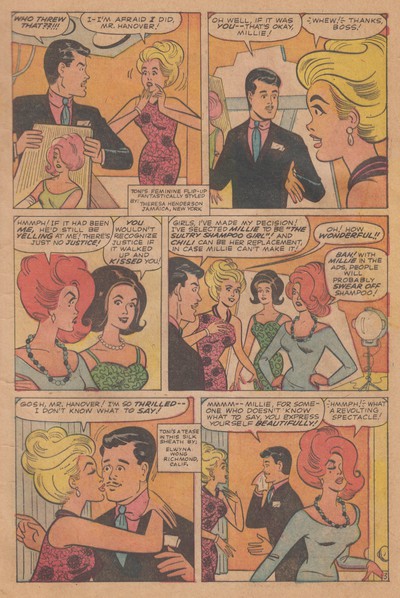