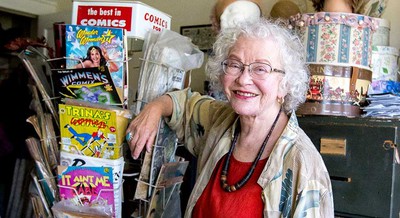 Biography: Trina Robbins has been a comic-book artist and historian since the earliest days of the underground comix movement in the 1960s. Earlier, she had been an active artist in science fiction fandom but she began to attract a wider audience with strips in the East Village Other and contributions to the paper’s “Gothic Blimp Works” comic series.

Robbins moved to San Francisco in 1970 and in July that year she participated in the collective creation of the first self-consciously feminist comic, “It Ain’t Me Babe Comix”. She was involved with the seminal “Wimmin’s Comix” throughout its 20-year history, including a story in the first issue that is widely considered the first portrayal of an open lesbian in comics.

Robbins’ artistic work ranges from the eclectic subjects of the undergrounds, through adaptations of Sax Rohmer and Tanith Lee in graphic novels, through a children’s series about Millie the Model’s niece, “Misty”, to multiple “Wonder Woman” series.

Since 1985, Robbins has written half a dozen histories of women artists and writers of cartoons, strips, and comic books. “Women and the Comics” was the first, co-written with Catherine Yronwode, and it laid an early foundation in the field. Her subjects range from 19th Century newspaper strip artists through contemporary mainstream, indie, and zine creators. 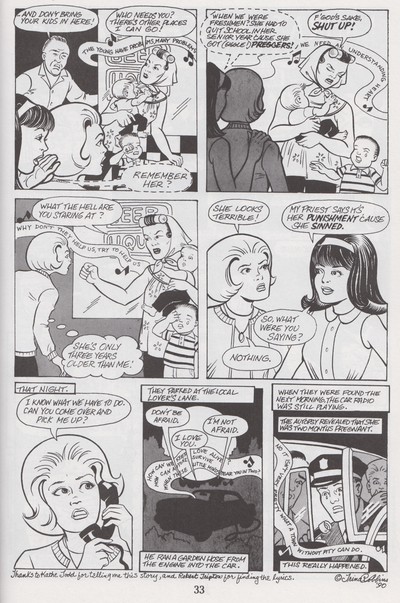