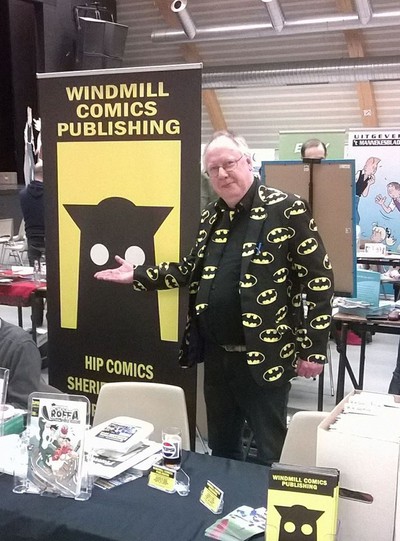 Born: 1957 May 31 in Rotterdam, Zuid-Holland, Netherlands

Biography: A lifelong comic book collector, de Neef won two art contests when still a teen and started doing illustrations for house magazine VVDM while in the military service. Realizing his art talents were limited, he gave up his art ambitions and became a pastry chef and eventually a comic book store owner. In his spare time, he became a contributor and later editor for the fan magazine Comic View (1994-1995). He also, with then-wife Marlous Smit, published collector software. With Smit, Ramon Schenk and Chris Krone, he started the fan magazine Universal Comics Magazine (1995-1999).

He has since worked on various characters and titles, including TOO (with various artists), Captain Roffa (with Boy Akkerman), De Vleermuis (with Willem Heeman), and Rough Riders (with van Niedek pencils and van de Werken inks).