Biography: Opper dropped out of school at the age of 14. He apprenticed with a printer in his hometown. He moved to New York City at age 16 and worked in retail and attended one term at the Cooper Union. His first published cartoon was in the weekly humor magazine "Wild Oates" in 1876. He married Nellie Barnett in 1881. He created and worked on many strips including "Her Name Was Maud" and "Happy Hooligan", and the characters Alphonse and Gaston. He retired from cartooning due to failing eyesight. 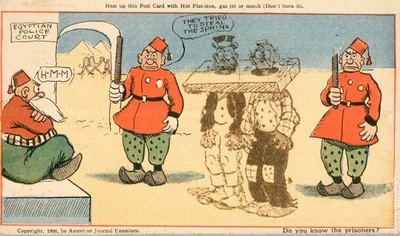 Influences by Frederick Burr Opper (b. 1857) were stated by: