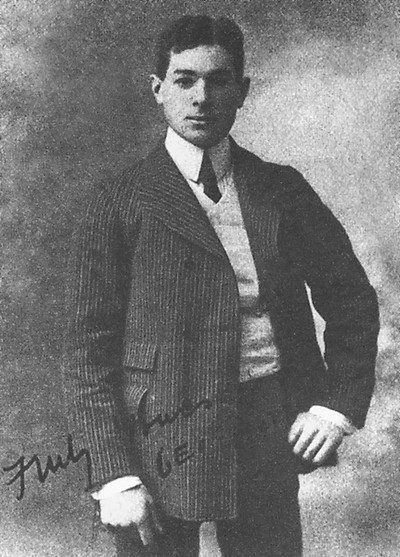 Biography: Herriman was an American cartoonist best known for the comic strip Krazy Kat (1913–1944). More influential than popular, Krazy Kat had an appreciative audience among those in the arts. The Comics Journal placed the strip first on its list of the greatest comics of the 20th century. Herriman's work has been a primary influence on cartoonists such as Will Eisner, Charles M. Schulz, Robert Crumb, Art Spiegelman, Bill Watterson, and Chris Ware.

Herriman was born in New Orleans to mixed-race Creole parents, and grew up in Los Angeles. After he graduated from high school in 1897, he worked in the newspaper industry as an illustrator and engraver. He moved on to cartooning and comic strips and drew a variety of strips until he introduced his most famous character, Krazy Kat, in his strip The Dingbat Family in 1910. A Krazy Kat daily strip began in 1913, and from 1916 the strip also appeared on Sundays. It was noted for its poetic, dialect-heavy dialogue; its fantastic, shifting backgrounds; and its bold, experimental page layouts.

In the strip's main motif and dynamic, Ignatz Mouse pelted Krazy with bricks, which the naïve, androgynous Kat interpreted as symbols of love. As the strip progressed, a love triangle developed between Krazy, Ignatz, and Offisa Pupp. Pupp made it his mission to prevent Ignatz from throwing bricks at Krazy, or to jail him for having done so, but his efforts were perpetually impeded because Krazy wished to be struck by Ignatz's bricks.

Herriman lived most of his life in Los Angeles, but made frequent trips to the Navajo deserts in the southwestern U.S. He was drawn to the landscapes of Monument Valley and the Enchanted Mesa, and made Coconino County the location of his Krazy Kat strips. His artwork made much use of Navajo and Mexican themes and motifs against shifting desert backgrounds. He was a prolific cartoonist who produced a large number of strips and illustrated Don Marquis's books of poetry about Archy and Mehitabel, an alley cat and a cockroach. Newspaper magnate William Randolph Hearst was a proponent of Herriman and gave him a lifetime contract with King Features Syndicate, which guaranteed Herriman a comfortable living and an outlet for his work despite its lack of popularity. 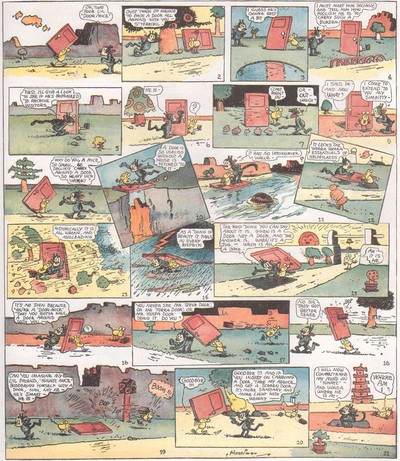 Influences by George Herriman (b. 1888) were stated by: