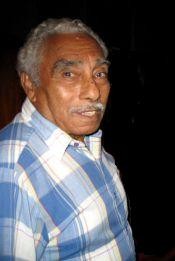 Biography: Gutemberg Monteiro was a Brazilian illustrator, known in the United States as Goott. He was mainly active from the 1940s through the 1980s. Monteiro was born in Faria Lemos, Minas Gerais, and began his career in 1943, drawing for the comic book published by Rio Gráfica e Editora (RGE). There, he drew covers for Fantasma, Mandrake, X-9 and Ferdinando (Li'l Abner). He also worked on Brazilian stories with The Phantom.

In the 1960s, Monteiro was invited to work in the USA. He contributed to the Warren magazines Eerie and Creepy, and then illustrated many "Tom & Jerry" Sunday pages under the penname Goott, as well as "Casper the Friendly Ghost" and "Hot Stuff the Little Devil".

Notes: Gutemberg's contributions to Charlton war and romance titles in the lated 1960s and early 1970's, usually signed with his stylized nickname "Goott," have not been previously noted in his work biographies.