Biography: In 1993, Vey sold his first cartoon to The New Yorker magazine and continued as a regular contributor there until today. His cartoons have appeared in other publications, including AARP Bulletin, Barron's, The Boston Globe, Harvard Business Review, MAD magazine, National Lampoon, The New York Times, Playboy, and The Wall Street Journal.

Vey is also known for his cat cartoons. They have appeared in three collections of his cat cartoon work, If Cats Could Talk (Plume, 1991), Cats Are People, Too! (Plume 1992 series), and How to Be Your Cat's Best Friend (Plume, 1994 series). He also did the non-cat book, Bad Business: A Rescue Package for the Recession-Weary (Valley Cottage Books, 2009 series). 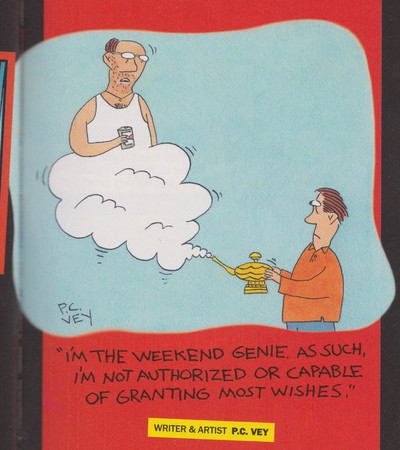