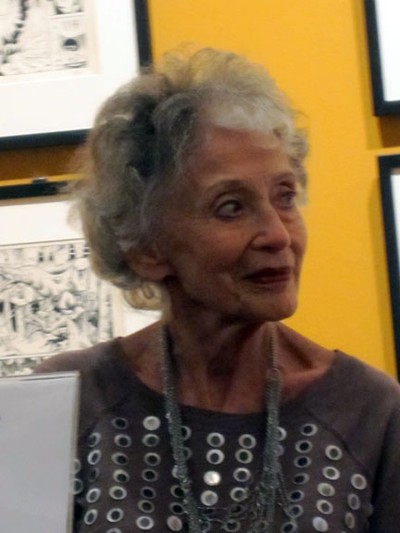 Biography: Lily Renée is an Austrian-born American artist best known as one of the earliest women in the comic-book industry, beginning in the 1940s. She escaped from Nazi-occupied Vienna to England and later New York, whereupon she found work as a penciller and inker at Fiction House, working on such features as "Jane Martin", "The Werewolf Hunter", "The Lost World" and "Señorita Rio". For her comics work, she generally used her first and middle names (Lily Renée) or variations of them as her pen names, rather than using her surnames.

Renée had an early first marriage that was annulled. She later married Eric Peters, another Viennese refugee and a cartoonist whose work appeared in such glossy magazines as Collier's and The Saturday Evening Post. She then married Randolph Phillips, a politically active financial consultant who in the 1940s directed the American Civil Liberties Union's national committee for conscientious objectors, and in 1972 chaired the National Committee for Impeachment. The couple had a daughter, Nina, and a son, Rick.

Notes: Her life is the subject of the 2011 graphic novel Lily Renée, Escape Artist: From Holocaust Survivor to Comic Book Pioneer by Trina Robbins.

Her first name is misspelled as "Lilly" in Who's Who.