Biography: Garry Leach is best known for his artwork on Marvelman and for co-founding Atomeka Press.

Notes: Note that Jerry Bails' Who's Who has combined the entries for this Garry Leach with those of Gary Leach, an American best known for his work on Disney comics.

The following information, or parts thereof, cannot yet be determined as to which Leach it belonged to:
Influences:
Book & magazine illustrators and film directors;

There is a other Who's Who entry under Garry's pen names: G. George:
http://www.bailsprojects.com/bio.aspx?Name=G.%2c+GEORGE 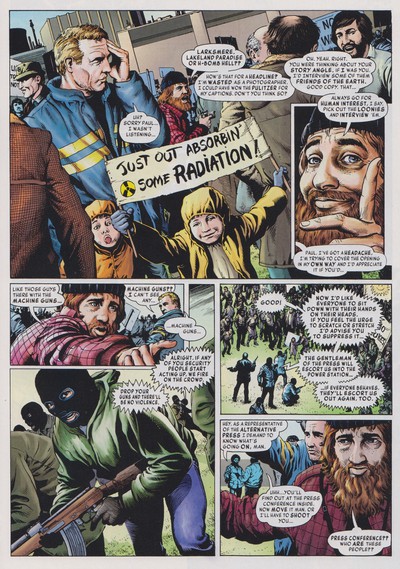