Biography: After working in comic books, Al Bryant worked as a technical illustrator for General Electric during the late 1950s. From the 1960s to the early 1970s, Bryant was a civil servant at the Naval Propellant Plant (after 1966 known as the Naval Ordnance Station [NOS]) at Indian Head, Maryland.

From 1976 to his retirement in January 1990, Al Bryant worked as a draftsman at the Marine Corps Logistics Base Albany, Georgia.

Notes: Al Bryant retired from comic book work sometime during 1948 after a self-induced automobile crash, possibly on the Grand Central Parkway in New York. Afterwards, for about eight years from 1948 to 1955, Bryant was hospitalized, possibly for depression. 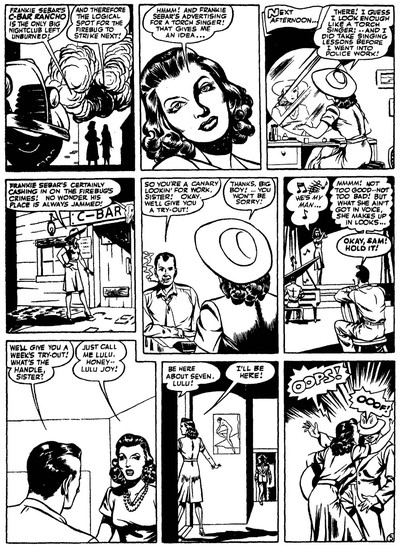