Biography: Ray Moore, was the co-creator, together with Lee Falk, and first artist on what would grow to become the world's most popular adventure comic strip, The Phantom, which started in 1936. Moore had previously worked as Phil Davis' assistant on the Lee Falk-created Mandrake the Magician comic strip, which was why he was thought to be a suitable choice to draw Falk's new creation.

Moore started drawing The Phantom in 1936, after creator Falk realised he would not have the time to do the artwork in the strip himself. He had previously worked as an assistant on Falk's other strip, Mandrake the Magician. Moore's initial artwork on The Phantom was influenced by the work of Alex Raymond.

Ray was involved in an accident during his career as a pilot in World War II, which made him unable to keep on drawing The Phantom, therefore leaving work on the strip to his assistant Wilson McCoy. 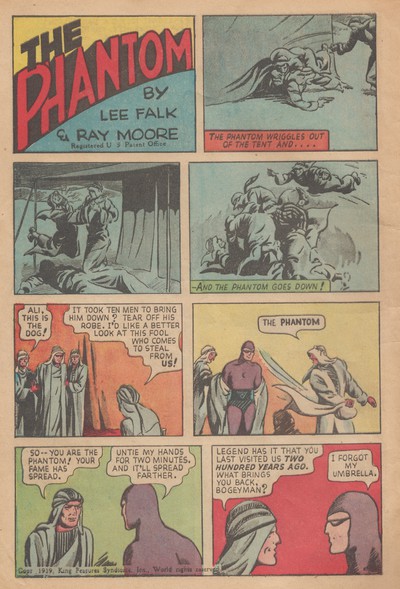