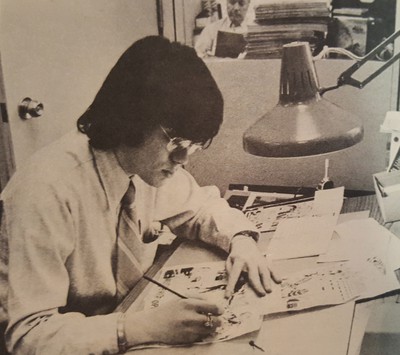 Assisted Wally Wood on Sally Forth and Cannon circa 1972.