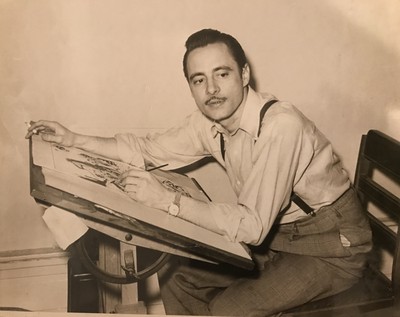 Allen Ulmer did artwork for commercial advertising firms, output unknown at this time.