George assisted Bob Kane with backgrounds and lettering on the Batman feature in 1940.

He did the lettering for the Spanish language edition of the comic strip, Ripley's Believe It or Not!, from 1939 to 1940.

Notes: Roussos used the pen name, Jerry Scott in conjunction with Jerry Robinson. Not to be confused with the Zits comic strip creator Jerry Scott. 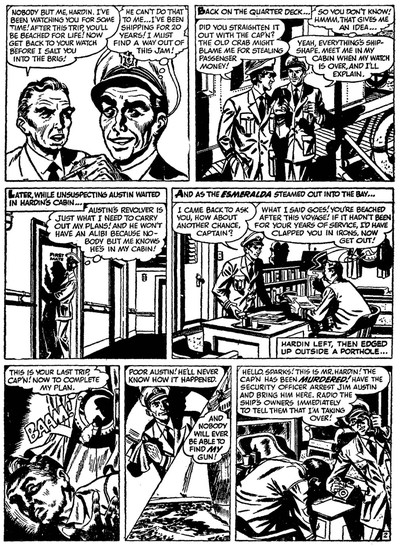