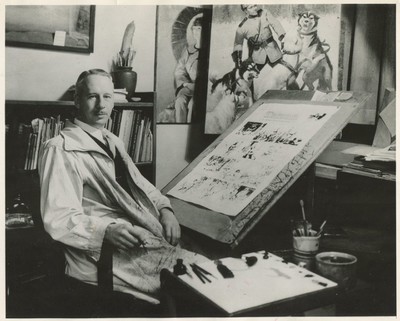 Biography: Hal Foster was an artist and writer best known for his work on two newspaper strips, “Tarzan” and “Prince Valiant”.

Born in Nova Scotia, Foster rode his bicycle to the United States in 1919 and began to study in Chicago, eventually living in America.

In 1928, he began one of the earliest syndicated adventure strips, an adaptation of Edgar Rice Burroughs’s “Tarzan”.

In 1937, William Randolph Hearst offered him complete ownership to create a new strip for the Hearst papers. The result was Foster’s signature strip, the weekly “Prince Valiant”.

The medieval fantasy adventure is set in medieval times. The strip featured his dexterous, detailed artwork; unusually, he preferred putting narration and dialogue in captions rather than balloons within the art. 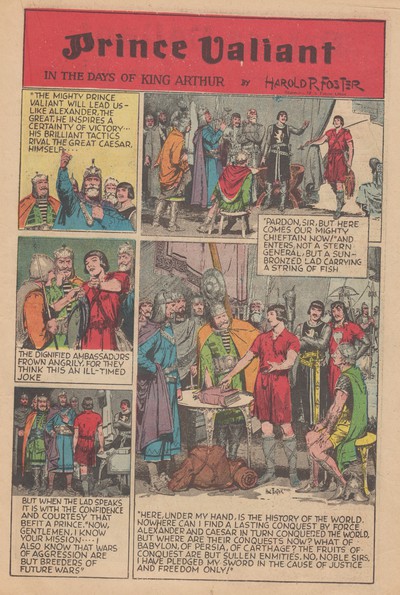