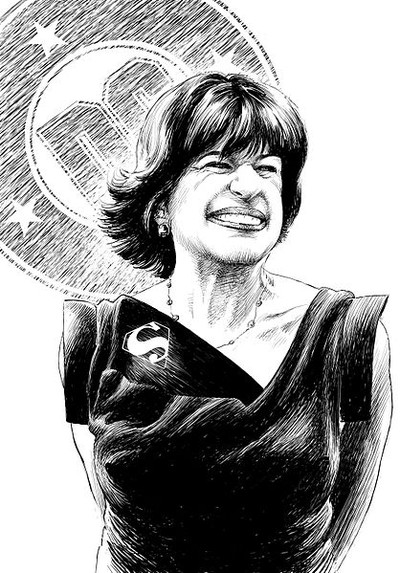 Biography: Jenette Kahn is an American comic book editor and executive. In the 1970s, she edited and founded a number of children's magazines. It started in 1970 as Kahn was one of the founding editors for Kids (Childpub Management Corporation). Later she founded the very successful Dynamite (Scholastic) in 1974. Lastly, in 1975, Kahn found Smash for Xerox Education Publications (later known as Weekly Reader Publishing).

In 1976, she joined DC as publisher and was promoted to President five years later.

In 1989, she assumed, while retaining the office of president, the title of editor-in-chief, after stepping down as publisher. In 2002, after 26 years with DC, she left the company to pursue a career as a film producer.

Notes: Kahn's birthplace is derived indirectly from her brother Si Kahn's known birthplace. She grew up in Boston, Massachusetts. Si Kahn is a singer-songwriter and organizer/activist.