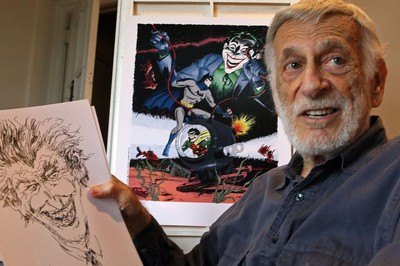 Biography: Sherrill David Robinson AKA Jerry Robinson, was an American comic book artist known for his work on Batman during the 1940s. He is best known as the co-creator of Robin and the Joker. Robinson was very active on behalf of creators' rights. In 2004, he was inducted into the Comic Book Hall of Fame.

Notes: Jerry Scott and Rejeog pen names with George Roussos. To be confirmed against the Who's Who entry.