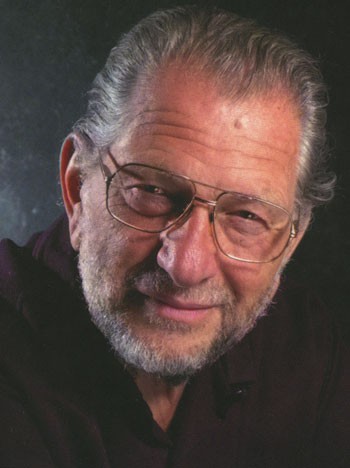 Biography: Joe Kubert was a comics artist and editor, art teacher, and founder of The Kubert School.

He is well-known for his work on the DC characters 'Sgt. Rock' and 'Hawkman' and for his own creations, such as 'Tor', 'Son of Sinbad', 'Firehair', 'Unknown Soldier', and ‘Viking Prince’. With writer Robin Moore, he created the syndicated strip ‘Tales of the Green Beret’.

He was born in Poland in an area now part of Ukraine and his family emigrated to the US two months later. As a young teenager, he began essentially apprenticing in the new comic-book industry.

He worked with the Chesler Studio and had work in titles from Holyoke, Quality, MLJ (now Archie), and others.

In 1942, he began his life-long association with DC by drawing features such as 'Johnny Quick', 'Hawkman', and 'Sargon the Sorceror'.

In the mid-1950s, following his military service, he was managing editor at St. John. There he, his high-school friend Norman Maurer, and Norman’s brother Leonard Maurer produced the first 3-D comic books. He created 'Tor' there in 1954.

From the early 1960s, Kubert was a central figure in the Silver Age revival of DC. He worked on seminal features such as 'Viking Prince' and co-created a new version of 'Hawkman' with writer Gardner Fox.

He and writer Robert Kanigher produced a large body of war stories, including the 'Sgt. Rock' stories and the memorable character 'Enemy Ace'.

From 1967 to 1976, he was the Director of Publications at DC. When DC acquired the license to Edgar Rice Burroughs' properties in 1972, Kubert’s art defined the look of both "Tarzan" and "Korak, Son of Tarzan".

In 1976 he and Muriel Kubert, his wife, established The Joe Kubert School of Cartoon and Graphic Art in Dover, New Jersey. Now called simply The Kubert School, it has developed a reputation for a demanding and intensive curriculum.

Kubert continued creating and teaching throughout his life. His honors include multiple Alley Awards and National Cartoonists Society Awards, and 1997 Eisner and Harvey awards for "Fax from Sarajevo".

He was inducted into the Jack Kirby Hall of Fame (Harvey Awards) in 1997 and the Will Eisner Awards Hall of Fame in 1998. He received the Milton Caniff Lifetime Achievement Award from the National Cartoonists Society in 2009.

Honors:
Guest of the 1970 New York Comicon and other comic conventions (full list not known).

Kubert was a part-owner, along with St. John, of Hollywood Confessions (St. John, 1949 series). He and his studio also did the packaging for the series and he wrote some of the stories as well.

A source of some of the biographical information was from Joe Kubert himself through Jerry Bails' Who's Who in American Comic Books.

Kubert's family hometown was in a shtetl they referred to as Yzeran, which was actually called by its Polish spelling at the time, Jezierzany (Yzeran appears to be a Yiddish name variation of that town). According to Kubert's passenger immigration list records from November 4, 1926, he was actually born in Łanowce (as it was known in 1926, by its Polish name). Łanowce was probably a stopping point on the Kubert family's journey to the United States. The later references to Yzeran as Kubert's birthplace are probably due to it being the family's ancestral hometown, where both his father and sister were listed as being born in on that same passenger immigration list (as Jesierzany, an alternate spelling of Jezierzany). 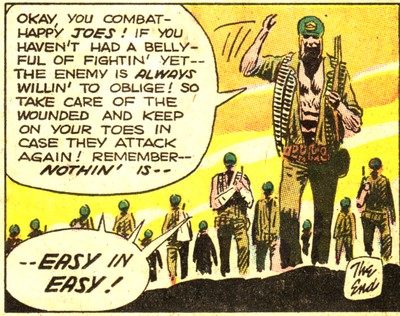