Biography: John V. Romita, often credited as simply John Romita. Entered the comics industry in 1949. His first work for Marvel was inking The Avengers #23 (December 1965), although he had previously worked for its predecessor company on comics such as Captain America #78 (September 1954). Romita became Marvel's art director in 1973. He is sometimes credited as John Romita, Sr. despite having a different middle name than his son, John Salvatore Romita, who uses the pen name John Romita, Jr. 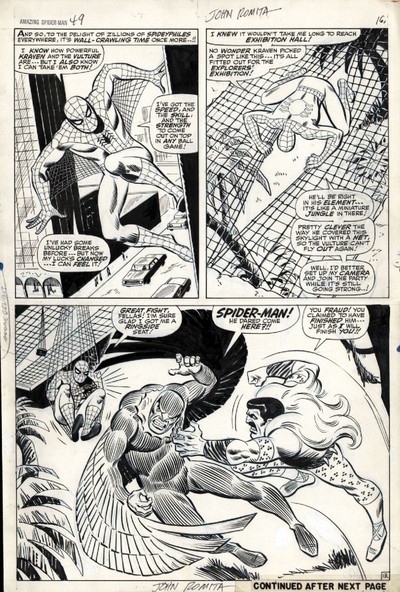