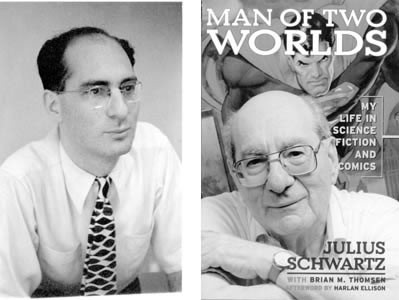 Also listed at the Who's Who under "Julie" http://bailsprojects.com/bio.aspx?Name=SCHWARTZ%2C+JULIE.

Influences by Julius Schwartz (b. 1915) were stated by: