Biography: Mr. Nordling came to America as a child and with his parents settled in Brooklyn, New York. He began comic book work in 1939, signing on with the Eisner-Iger Shop. He took over "Lady Luck" in 1942 and did over 200 stories. In his later years he worked as a commercial artist for projects that included promotions for video arcade games.

Nordling has a secondary Who's Who entry under the Nord pen name: http://bailsprojects.com/bio.aspx?Name=NORD. The Nord and Nod pen names were used as the byline by Nordling for the Make-Believe Mickey feature published by Pines (Better) in 1940. 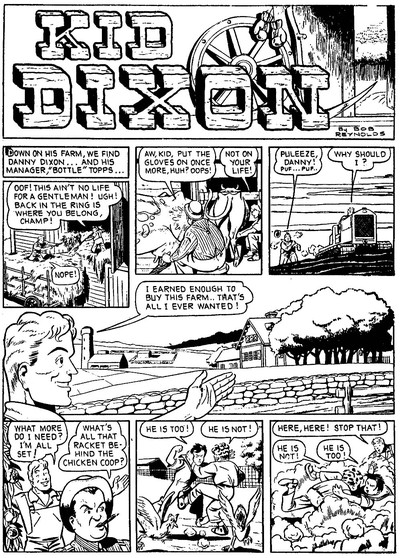