The Toon Treasury of Classic Children's Comics: About the Artists (https://alberto-s-pages.webnode.it/animators-until-1970/t-u/) from the Social Security Death Index, 1935-2014, lists the birth date as March 15, 1921. However, this appears to be a different Milt Stein or incorrect date as the birth date does not match the birth date Stein gave on his Second World War Draft Registration, March 8, 1919. Milton Stein is listed in the Social Security Applications and Claims Index, 1936-2007 with the March 8, 1919 birth date. 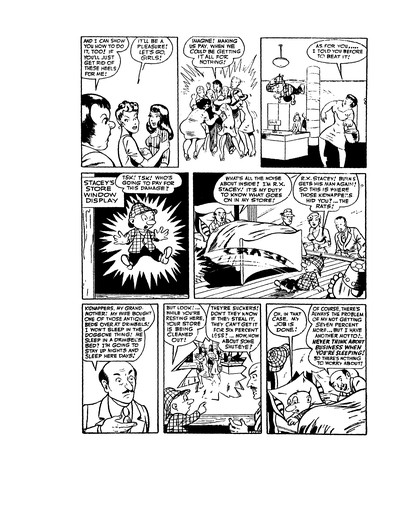