On the cover, Dave Johnson writes "See ya!" to indicates that this is the last cover from Johnson. 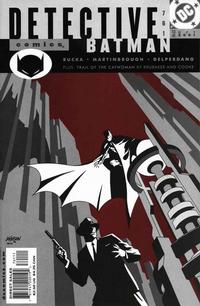 In Thirty Days (Table of Contents: 1)

Trail of the Catwoman Part 3 (Table of Contents: 2)