On sale date as given in the copyright application as listed in the Catalog of Copyright Entries, Periodicals, 1964, page 129, registration number B138691. 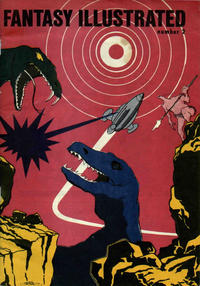 The Life Battery (Table of Contents: 2)

The Invaders (Table of Contents: 3)