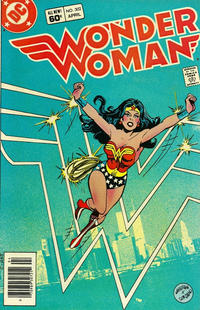 The ancient home of the Amazons is spelled both "Themyscire" and "Themyscira" in this story. Artemis was the closest friend of Hippolyta in ancient Themyscira. When the old Queen was killed in battle, the two competed in a contest to be her successor. Hippolyta was the winner, and became Queen; Artemis became the Amazon emissary, the "Wonder Woman," to the other city-states of Ancient Greece. Artemis’ corruption is detailed in Wonder Woman (DC, 1942 series) #310.

Dying to Take You Away! (Table of Contents: 3)