Cover says "Spring" but indicia reads "May".
This issue has variants: 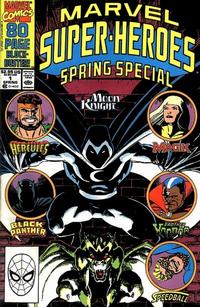 I Shot an Arrow into the Sky! (Table of Contents: 2)

Aubrey Bradford notes he inked either part or all of this story which is credited completely to Kim DeMulder. Information per Jason Schachter.

The Sacrifice (Table of Contents: 3)

Don't Do That Voodoo You So So Well (Table of Contents: 4)

Who Wants to Live Forever? (Table of Contents: 6)