The Man Who Was Scared Out of His Skin! (Table of Contents) 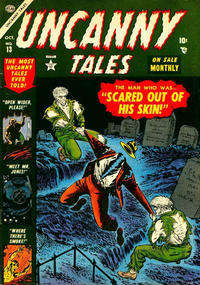 The Man Who Was Scared Out of His Skin! (Table of Contents: 1)

The Actor (Table of Contents: 2)

Where There's Smoke (Table of Contents: 3)

Are You a Weakling? (Table of Contents: 6)