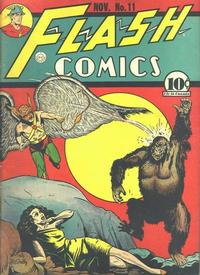 [Trouble in Suburbia] (Table of Contents: 2)

The last panel of the story features the "Weapons of the Past": the Chariot.

[Saved from Drowning] (Table of Contents: 4)

The Whip is unmasked in this story.

[In Search of Goldie] (Table of Contents: 6)

Genre
adventure
Characters
Cliff Cornwall; Goldie (villain, death); Goldie's gang (villains)
Synopsis
When Cliff Cornwall saves Goldie's life and captures her, she changes sides and helps him stop her comrades in exchange for a pardon. However, she is shot and dies at the end of the story.

[The Kidnapping of Natalie Nixon] (Table of Contents: 15)