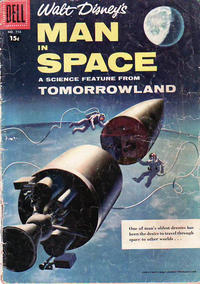 Back cover; six paintings with typeset text; The panel 2 painting is also used as the cover to this issue.

Some copies with ad on back cover (see sequence 5).

First Line of Dialogue or Text
Bill Wisdom says: Your vacation is so short...

Some copies with comic story on back cover (see sequence 4).