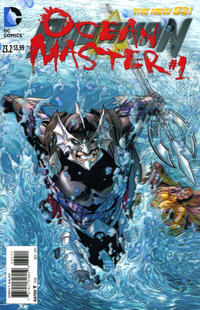 The Crime Syndicate is not actually shown in this issue, more details on their Belle Reve prison break are shown from Black Manta's point of view in Aquaman #23.1.