All Out War Chapter 3 of 12 (Table of Contents) 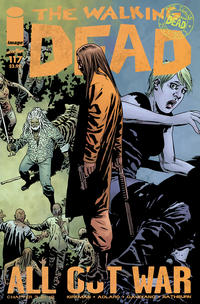 This page contains the indicia and credits for this issue with a recap of the story so far.

The title is taken from the cover. The first line of dialogue is: "The fastest way to a man's heart is through his vagina."