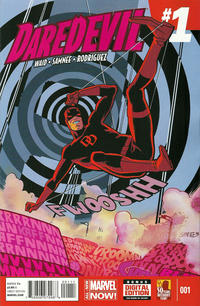 Special thanks to Stephen Wacker.

Credits appear in panel on page 4 of story.