The Electric Curtain (Table of Contents) 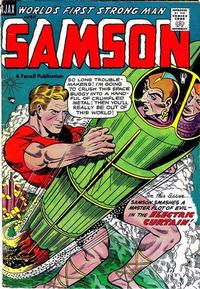 The Electric Curtain (Table of Contents: 2)

Pencil credits from suggested by Jerry Bails Who's Who. Feature's previous appearance was in Fantastic Comics (Fox, 1939 series) #23.

The Isle of the Lost! (Table of Contents: 3)

Original title: "The Killer from Beyond."

Statement of Ownership at bottom. Title listed as Fantastic Illustrated with Illustrated handwritten.

Trouble under the Big Tent (Table of Contents: 6)