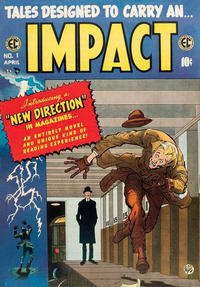 The Punch Bowl (Table of Contents: 1)

Message from The Editors.

The Diamond Pendant (Table of Contents: 4)

Genre
drama
Characters
Larry Horton (death); Millie Horton (Larry's wife); Julia Banfield (Millie's friend); Mr. Allerton (Larry's boss); Alfred Burwell (Larry's uncle); Whitley (jeweler's department head); Mr. Hawley (dress manuafacturer)
Synopsis
Larry and Millie are invited to a posh party at his employers home, but Millie is upset because the couple can't dress than fancy for it. Finally agreeing, she insists on wearing her friend's diamond pendant to the affair and Larry's boss, Mr. Allerton, is very impressed. However, somehow Millie loses the pendant and when the couple go to the jewelers to get a copy made, they discover the copy will cost $17,000. Larry's uncle agrees to loan them the money and they work hard to pay it, only to find out years later that Millie had borrowed a paste imitation!
Reprints

Adapted from the Guy De Maupassant's 1884 story titled "The Necklace".

This story was Ingel's first post-horror Ghastly and his first New Direction story.

The Dress (Table of Contents: 7)

Genre
drama
Characters
Mr. Kress (coroner); Martin Paulson; Agatha Donald (Janie's aunt); Janie Donald (death)
Synopsis
Martin Paulson tries to convince the coroner that Aunt Agatha was the killer of Janie instead of her dying from over-excitement. From the very beginning, young Janie wanted to wear her grandmother's dress, but Aunt Agatha would not allow her to and punished the young girl, all at the urging of Paulson. Then, after the death of Janie, Agatha revealed the true reason for not allowing Janie to wear the dress.
Reprints

This story was Evan's first illustrated story to appear on one of EC's "New Direction" magazines.

Genre
drama
Characters
unnamed concentration camp survivor; Carl Reissman (villain, Belsen Concentration Camp Commander, death); Adolf Hitler (villain, in flashback); The Nazis (villains, in flashback)
Synopsis
At the end of World War 2, the commander of Belsen Concentration Camp fled across Europe and to America, always fearful of a lone camp inmate who threatened to find Reissman and make him pay for the atrocities that occurred in the camp during the war. His greatest fear is realized while riding a train and coming face to face with that inmate.
Reprints
Keywords
Belsen concentration camp; Holocaust

Script credit from "Tales of Terror!" by Fred von Bernewitz and Grant Geissman.

Marie Severin stated in a 1986 interview that Krigstein colored this story: http://www.tcj.com/an-interview-with-marie-severin/

This story was originally a 6-page one, but Krigstein felt that length was inadequate and wanted to expand it to 12 pages. Bill Gaines said no to that, but he eventually agreed (with Feldstein) on 8 pages. Krigstein was paid $43 per page for this story.

Some of the story told in flashback.