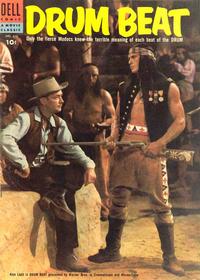 Inside front cover; black and white. Four photos from the movie, along with a partial cast list.

Story continues on inside back cover in black and white and concludes on back cover in color. Script, pencils, and inks credits for this sequence from Alberto Becattini (May 14, 2007)