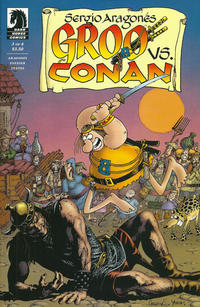 Letters from: Luke Silvester, Tim Maurer, and three letters from Ian Nicol, mostly concerning the idea of Groo and Conan crossing over.