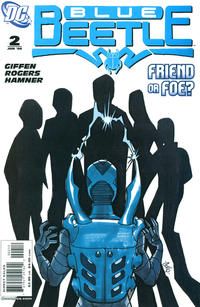 Jaime's father is wearing a shirt with a name tag that says Ernesto. John Rogers confirmed to Gregory Fischer on 1/25/08 that his father's name is Alberto Reyes, as shown in later issues.