The Jackal's Lair! (Table of Contents)

Inks credits adjusted by Franklin Colletta via the GCD Errors list, February 2010. Williamson's signature is not in his hands, and there is some dispute amongst Atlas art experts to the extent of his work on this cover (discussion made on Timely-Atlas-Comics page on Facebook [beginning 31 August 2017]). 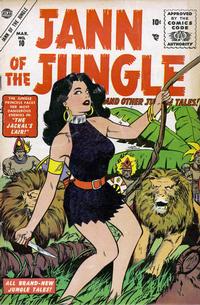 The Jackal's Lair! (Table of Contents: 1)

The Pearls of Peril! (Table of Contents: 4)

The Marauder! (Table of Contents: 5)

Revenge of the Totem! (Table of Contents: 7)