The Runaway Balloon (Table of Contents) 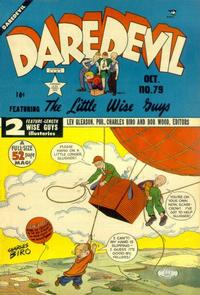 "551" appears at the bottom left of the page. Presumably this means the artwork was done in May 1951.

Gordy and the Gorham Ghost (Table of Contents: 4)

The Runaway Balloon (Table of Contents: 5)

First Line of Dialogue or Text
The Mosque of Sultan Hassen...
Genre
non-fiction

Similar to Ripley's Believe It Or Not.