Where Did They Go? (Table of Contents) 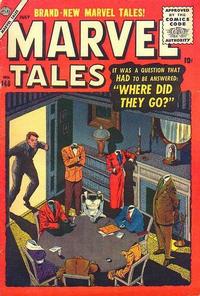 Where Did They Go? (Table of Contents: 1)

The Many Worlds of Henry Adams! (Table of Contents: 2)

Job Number
J-793
Genre
fantasy-supernatural
Characters
Henry Adams; Harriet; Mr. Lowden
Synopsis
Henry finds a blue stone which connects him to dimensions greater than his own reality and he is placed through trials to see if he can ascend to the 7th Dimension, but loses the stone before completing the task. After being sent back to wallow in his ordinary life, he finds the stone again to make another attempt.

The Hollow Suit (Table of Contents: 3)

Job Number
J-527
Genre
fantasy-supernatural
Characters
Paul Nolan; lefty; Hernando Cortez
Synopsis
Nolan and his allies go looking for Aztec gold but it's guarded by the animated armor of conquistadors. They flee back to the USA and surrender to the police, their hair turned white from the ordeal.
Keywords
Aztecs; Mexico

Job Number
J-482
Genre
science fiction
Characters
Herman Higgins; Otto Wentz; General Warren Bootby; Mr. Hastings
Synopsis
Wentz thinks earthquakes are being caused by a hole in the Earth which needs to be filled in; General Boothby thinks they're being caused by the moon and orders an attack; Higgins realizes it's because Hastings has been extracting uranium from the North Pole and makes him stop.
Keywords
moon; North Pole; uranium

The Clock (Table of Contents: 5)

Job Number
K-9
Genre
fantasy-supernatural
Characters
Franz Ammergau; Gerda; Dr. Schmitt
Synopsis
An old clockmaker nearly dies from the cold, but is saved by the wooden figures adorning his clocks, which he has given parts of his own soul.
Reprints

Scared Away! (Table of Contents: 6)

Job Number
J-790
Genre
science fiction
Synopsis
Tiny men from the core of the Earth are frightened at the sight of a giant who is actually a child. They return to their inner world.

Plot is the reverse of At the Earth's Core by Edgar Rice Burroughs (Chicago, 1914): scientists from the Earth's core burrow up from the earth's center in a drilling machine.

The Despot! (Table of Contents: 7)

Job Number
J-756
Genre
science fiction
Characters
Kurtz
Synopsis
A dictator riles up the Earth's populace against supposed 'Moon Men' and constructs a rocket ship so he can lead an exploration of the Moon. However, the Moon is inhabited and a battery of cannons shoot the dictator's rocket out of orbit.
Keywords
moon