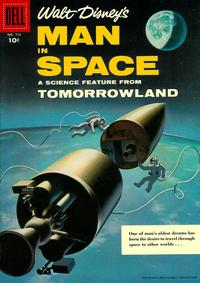 Back cover. Six paintings with typeset text. The panel 2 painting is also used as the cover to this issue.