Indexed from scanned copy at http://comicbookplus.com 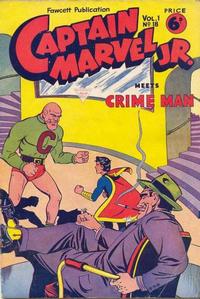 The First Civilization (Table of Contents: 2)

The Strange Deal of Betcha Life (Table of Contents: 4)

The opening line has the four character's names under head and shoulders shots of each, hence no punctuation, text then continues in a caption box from the word "but".