I Walk Thru Glass! (Table of Contents) 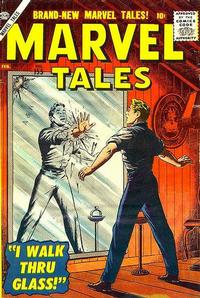 I Walk Through Glass! (Table of Contents: 1)

Job Number
L-158
Genre
fantasy-supernatural
Characters
Oliver Greeley; Julia Greeley; Edward Greeley; Jill Greeley
Synopsis
Oliver discovers his mirror open to another Earth where he sees a wealthy family. Oliver steals from the family then goes back through the mirror and shatters it so they can't follow him but the money all disappears. He had stolen from himself, it was the Oliver of another reality.
Reprints

Job Number
L-236
Genre
fantasy-supernatural
Characters
Lu Fang; Neru
Synopsis
Lu Fang discovers the Forbidden Land where pomegranates can grant 500 years of life. He throws one over the wall before leaving so he can consume it, only to find he threw it into a grove of pomegranate trees. He spends decades rifling through the fruit trying to find the one he threw.
Reprints
Keywords
Forbidden Land; Gobi Desert; Japan; Mongolia; pomegranates

Job Number
L-220
Genre
fantasy-supernatural
Synopsis
A man has recurring dreams where he confesses his crimes to the police but the dreams end as the dawn rises. Travelling overseas he finds himself stranded where the nights last for six months.
Reprints
Keywords
Arctic

Job Number
L-225
Genre
fantasy-supernatural
Characters
Price; Stacey; Harding
Synopsis
Through yoga mysticism, Price tries to go back into his past and prevent himself from being jailed. Instead he discovers he's serving 18 years instead of 8.
Reprints
Keywords
time travel; yoga

The Saucer That Couldn't Fly! (Table of Contents: 6)

Job Number
L-170
Genre
science fiction
Characters
Arnie Ross; Frank; Al; Herb; Charlie Evans; Harvey Maxon; Claude Vincent; Hama-Ka; Martians
Synopsis
Arnie and his gang attempt to swindle Vincent out of his money by posing as Martian investors but the Martians are real and depart with Vincent's money. Being worthless to them, they destroy the cheque.
Reprints

The Lost Million! (Table of Contents: 7)

Job Number
L-228
Genre
fantasy-supernatural
Characters
Harry Simpson; Mrs. Lane; Walter Lane
Synopsis
Harry buys a newsboy's last paper and discover it contains the next day's contents. Learning Mrs. Lane will commit suicide Harry saves her. Checking the paper again he finds the story has changed so that Mrs. Lane gives him a million dollar reward for saving his life. He tries to find the newsboy but learns it was probably a manifestation of Mrs. Lane's dead husband Walter.
Reprints