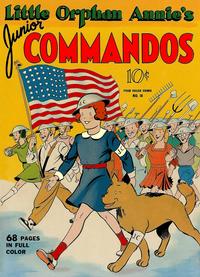 Likely reprints from another Dell series edited into one long story. Story continues in Four Color (Dell, 1942 series) #107 (May 1946).