Trial by Arms (Table of Contents)

The is a typical Gollub composition, tones and detail on head hands and feet. 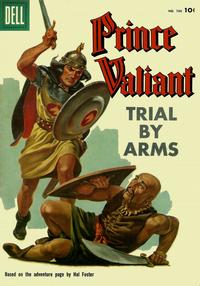 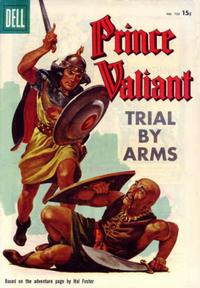 Steps to Knighthood (Table of Contents: 1)

Genre
non-fiction; historical
Synopsis
The various stages of training to become a knight.

Inside front cover; black and white. Panels with typeset text underneath.

Trial By Arms (Table of Contents: 2)

Story continues on inside back cover in black and white and concludes on the back cover in color. A small version of Dell's "A Pledge to Parents" is included inside the last panel on the inside cover (in the middle of the story.) Script, pencils, and inks credits for this sequence from Alberto Becattini (May 14, 2007)