Gag was originally prepared for the cover of Domingos Alegres (Editorial Novaro, 1954 series) #1076, but was redrawn here. The US issue actually appeared earlier than the Mexican one because Llera had to get his work vetted by the US editors and they used this cover (inked by someone else) before it was used in Mexico. 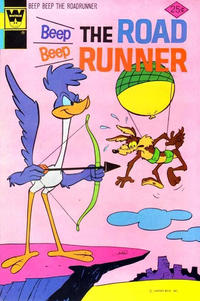 The Taffy Trail (Table of Contents: 5)