The Big Country (Table of Contents) 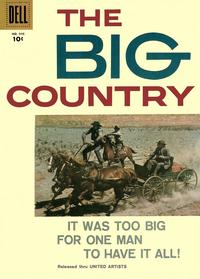 The Big Country (Table of Contents: 2)

Genre
western-frontier
Synopsis
Families feuding over water rights, pits against one another, two big men--one, a rough ranch foreman, the other an equally tough "dude" who is a former sea captain.