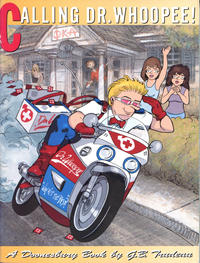 Title pages; list of previous issues in the series; indicia.

Page 65-70 reprints daily strips presenting the Iran-Scam puzzle. The puzzle is shown almost solved on page 71; but this latter never was a daily (nor Sunday) strip.